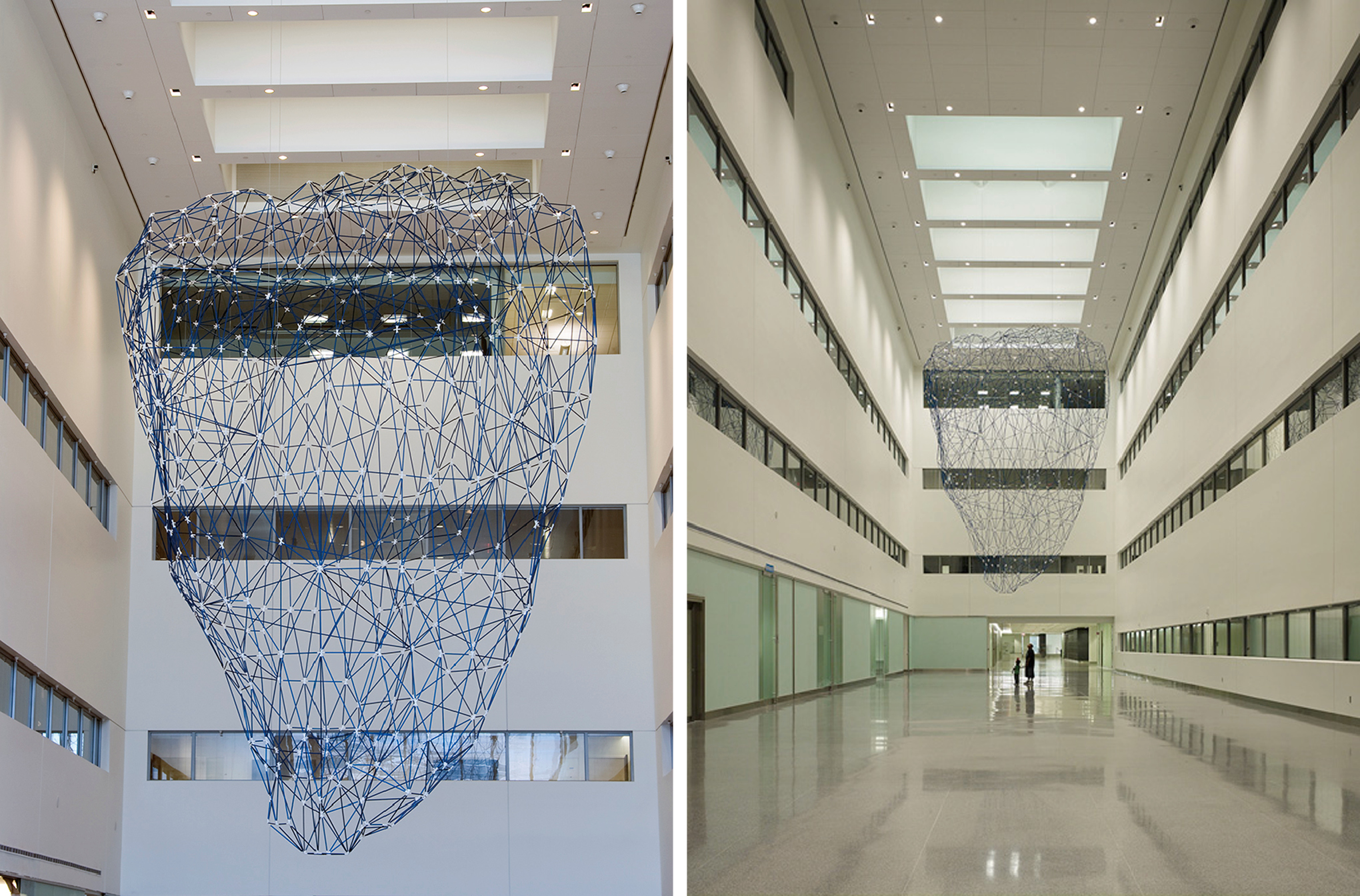 Iñigo Manglano-Ovalle (b. 1961 – Madrid, Spain) Iñigo Manglano-Ovalle investigates diverse subjects such as technology, climate, immigration and the global impact of social, political, environmental, and scientific systems. He has worked in a wide range of media-activist-inspired public art, sculpture, film, sound, and photography. The artist embraces the interdisciplinary; working in collaboration with geneticists, biotech researchers, legal consultants, medical ethicists, architects, composers, writers, historians, and others, Manglano-Ovalle forges a creative enterprise unrivaled among his peers in its scope and complexity.

Blue Berg (r11i01) evolved from a body of work based on actual scientific data of an existing iceberg drifting in the Labrador Sea. The 460-foot iceberg, # r11i01, was scanned by the Canadian Hydraulic Center using radar and sonar. Using data provided by the scientist, the artist then went on to spend more than a year working with Chicago architect Colin Franzen to create a smaller version of Cleveland Clinic’s sculpture that “floated” in a stairwell at The Art Institute of Chicago.

“What I want to represent,” the artist declares, “is how the world represents itself to us.” Blue Berg (r11i01) explores the allegorical and other symbolic aspects of natural phenomenon--the unknown below the surface, the irrepressible and evolving force of nature, a structure non-observant of political borders or boundaries, and the proverbial “tip of the iceberg.”

Manglano-Ovalle is an internationally acclaimed artist, who has been included in exhibitions at the Museum of Contemporary Art, Cleveland, the Whitney Museum of American Art, NY, and the São Paulo Biennial in Brazil, as well as having solo exhibitions at the Wexner Center for the Arts in Columbus and the Museum of Contemporary Art, Chicago. He received a National Endowment for the Arts Fellowship (1995), and a John D. and Catherine T. MacArthur Foundation Fellowship (2001). Manglano-Ovalle lives and works in Chicago, IL.