Cardiogenic shock in an 8-year-old child secondary to anomalous coronary origin and course: a case report on the value of coronary computed tomography angiography and cardiac magnetic resonance

Cardiogenic shock is a life-threatening condition resulting from an inadequate circulation due to primary failure of cardiac function. The underlying etiology can include myocardial infarction, cardiomyopathy, myocarditis, congenital heart disease and other conditions. Myocardial infarction is the most common cause in adults, but rare in children (1). Congenital coronary anomalies are the most common cause of myocardial infarction in children (2). Coronary computed tomography angiography (CCTA) has been widely used clinically in the screening and diagnosis of suspected coronary disease in adults. CCTA can be performed with high-quality image and acceptable radiation exposure in children. Cardiac magnetic resonance (CMR) has unique value in the diagnosis of cardiovascular disease. However use of CMR in younger and critically ill patients and children with claustrophobia is limited by long scanning time, noisy environment, and requirements for frequent breath holding.

This case reports an 8-year-old male child with cardiogenic shock caused by acute myocardial infarction, with the left coronary artery originating from the right sinus of Valsalva with and interarterial course. CCTA and CMR played an important role in the diagnosis and assessment. We present the following article in accordance with the CARE reporting checklist. (available at http://dx.doi.org/10.21037/cdt-20-422).

All procedures performed in studies involving human participants were in accordance with the ethical standards of the institutional and/or national research committee(s) and with the Helsinki Declaration (as revised in 2013). Written informed consent was obtained from the patient for publication of this study and any accompanying images. An 8-year-old male child was admitted to the emergency department because of sudden dizziness, chest pain, and fatigue when running three hours ago. There was no evidence of convulsion, fever or incontinence. During transportation to the hospital, he repeatedly coughed up pink, foamy sputum in the ambulance. At admission, vital signs were consistent with shock with a blood pressure of 76/62 mmHg and a heart rate of 139 beats/min. Physical examination was further notable for a respiratory rate of 36 breaths/min, and a congested pharynx. Crackles were audible over the bilateral lung lobes. The limbs were slightly cold, with a capillary filling test greater than 3 seconds. Over the past two years, he had two episodes of syncope during exercise, accompanied by incontinence. In both instances he regained consciousness immediately after rest, but his parents did not seek medical attention. Family history was negative for similar syncopal attacks, sudden cardiac arrest, or arrhythmia. 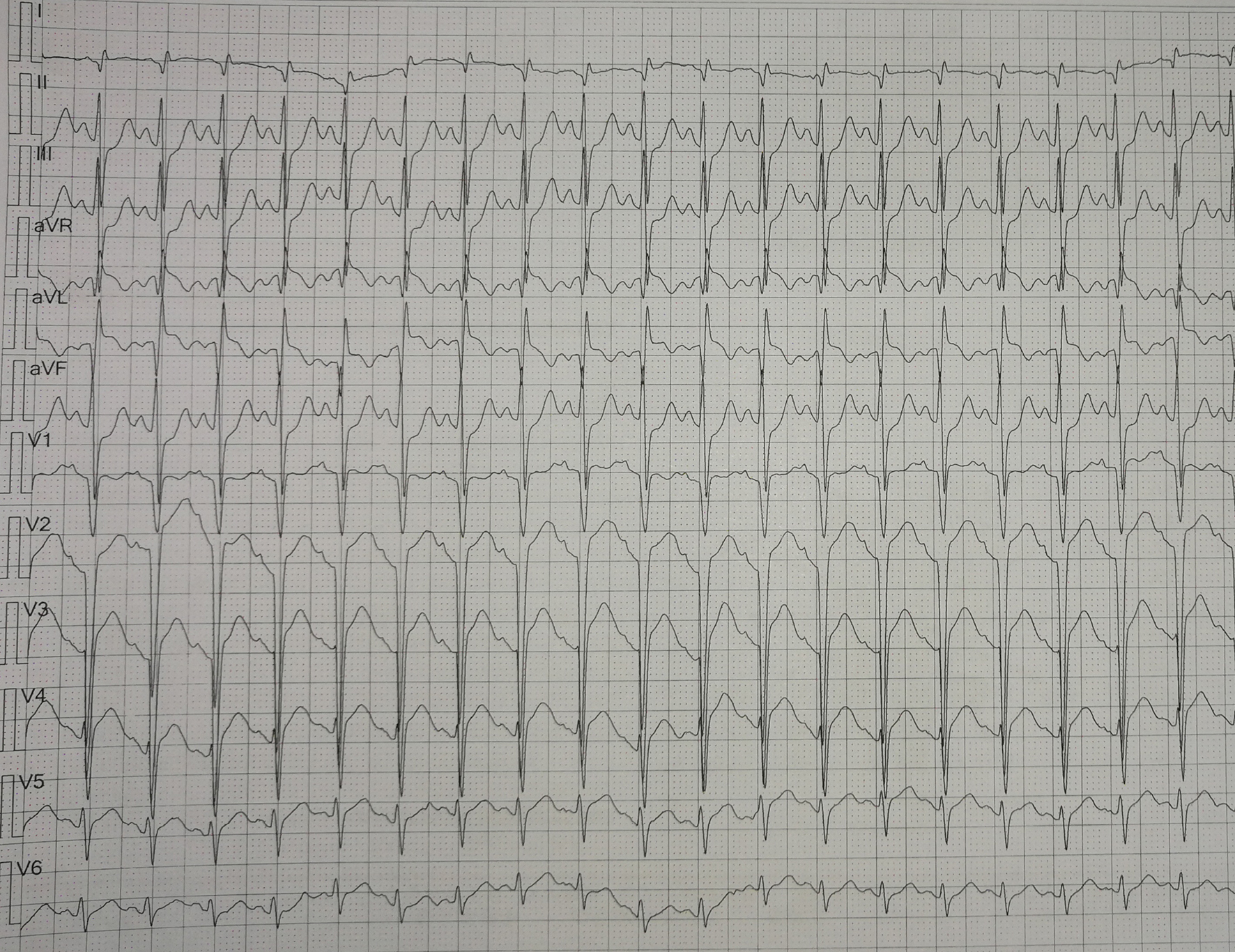 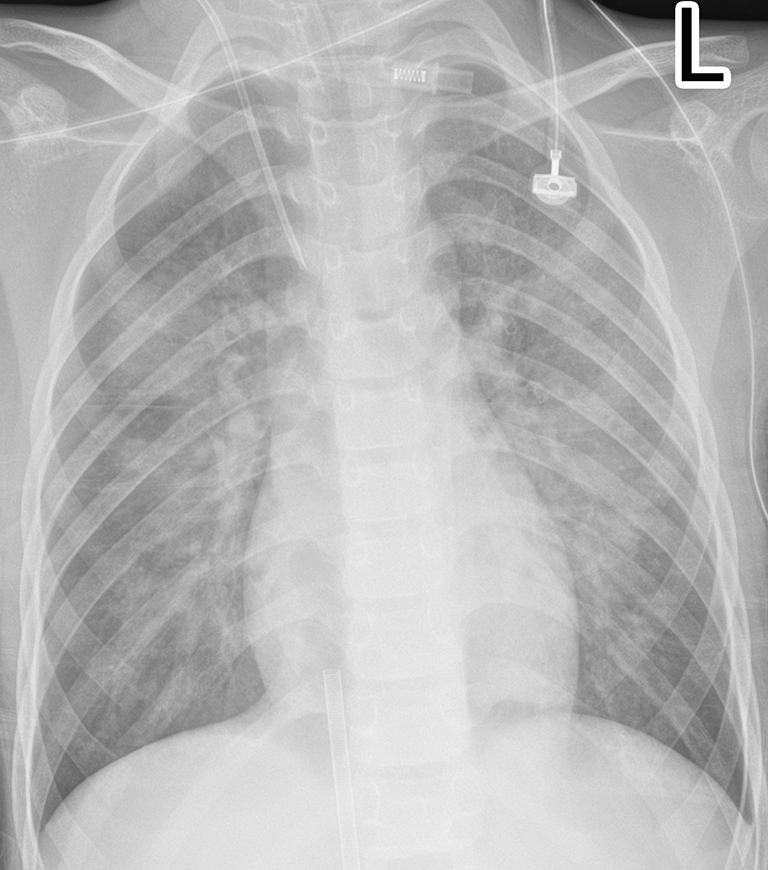 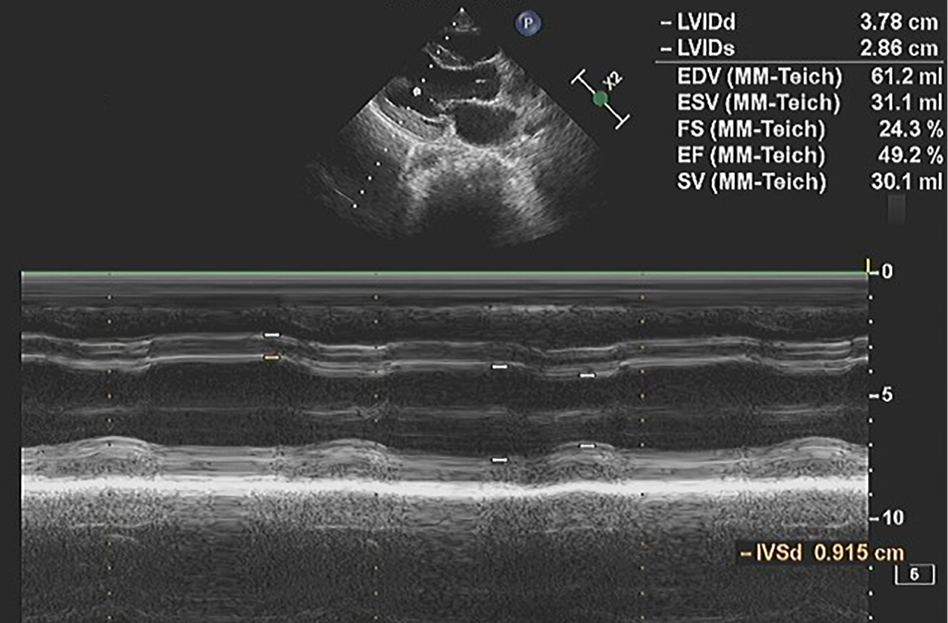 Figure 1 Volume rendering technique and curved planar reformat view demonstrate narrowing (white arrow in A,B) of mid-portion of left main coronary artery, the acute angle at the ostium (black arrow in B) and the intramural segment (white arrow in B). 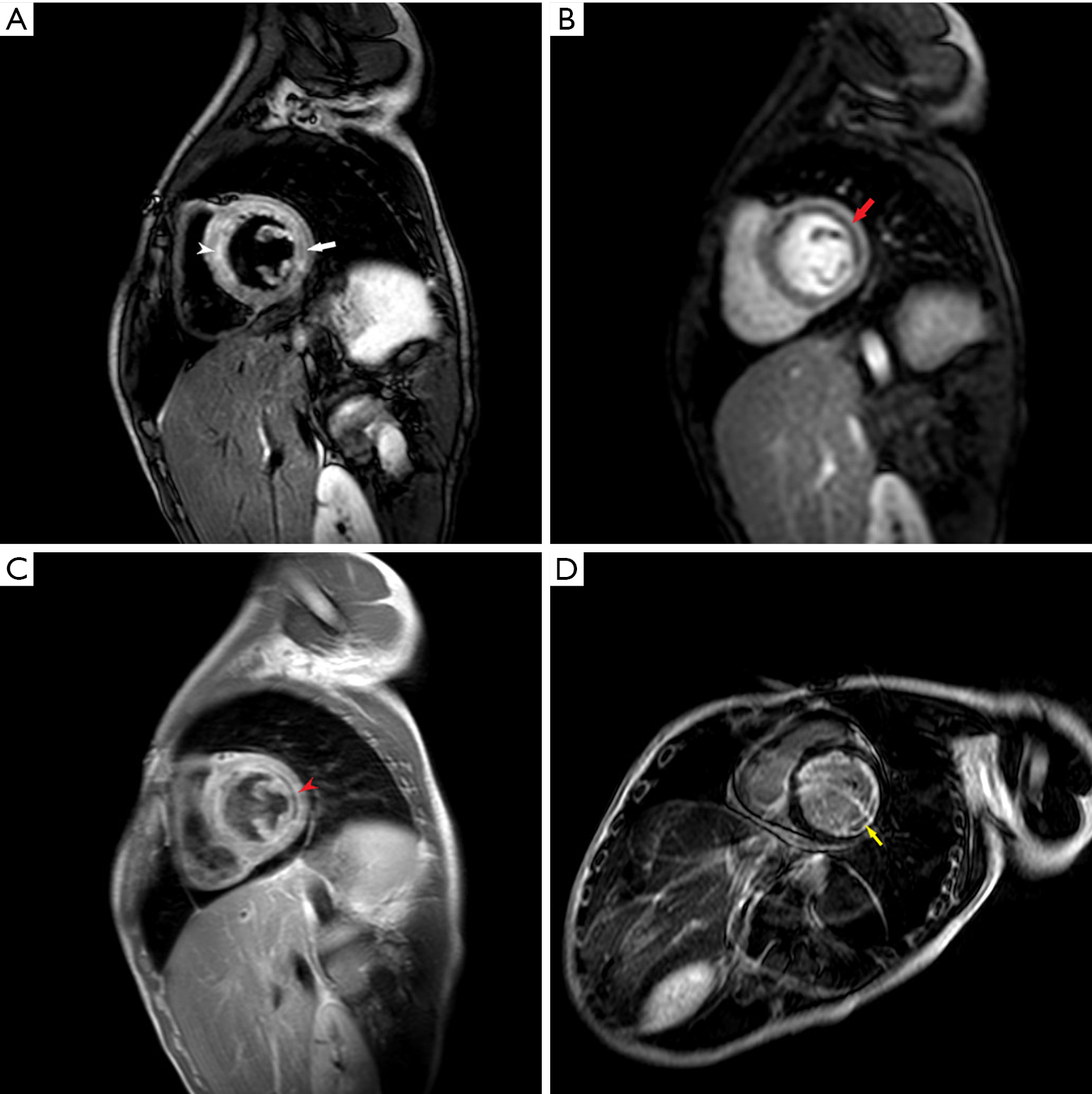 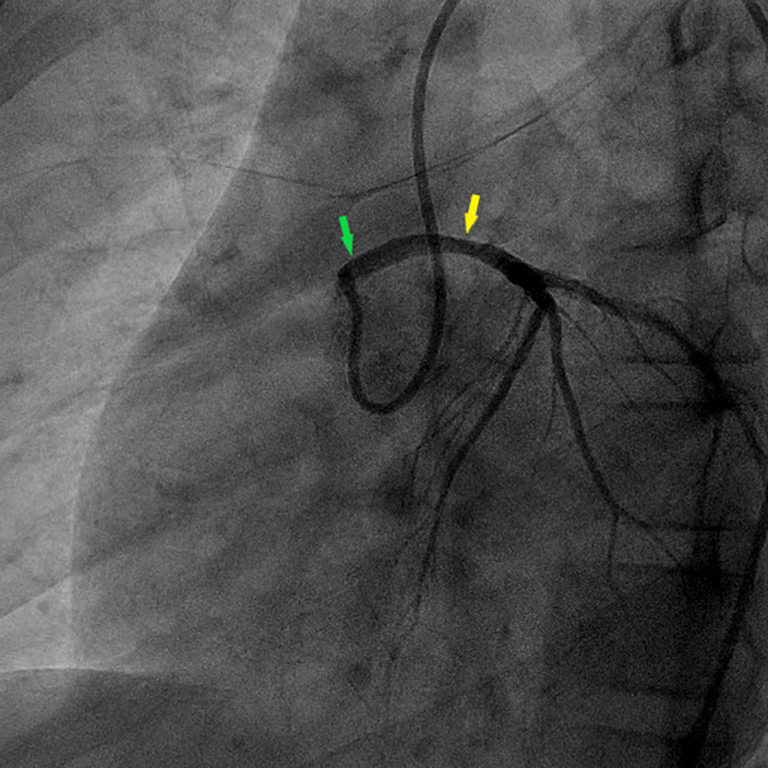 The patient remained clinically stable and chest pain free for one week, and he was discharged home, with a strong recommendation to avoid exercise. The coronary artery anomaly was corrected surgically one month later because of recurrent chest pain. Followed up over four months was unremarkable without chest pain or major adverse cardiovascular events (MACE).

In children, CCTA allows accurate depiction of coronary artery anomalies with reasonable radiation exposure. CCTA defines the location of the anomalous origin, details of the intramural segment, and the angle between the ostium and proximal segment (12). CCTA is complementary to invasive angiography and can predict difficult selective intubation of the coronary artery when the ostial angle is acute. Further CCTA can provide detailed description of the relationship to extra-vascular structures and distinguish coronary compression by surrounding structures at the lesion site from plaque/thrombosis. CCTA could also reveal Kawasaki disease involving coronary arteries, coronary sclerosis, thrombosis. However, CCTA is more limited in the evaluation of myocardial characteristics.

In complex clinical scenarios, CT and magnetic resonance imaging (MRI) are often complementary. CMR often allows to define the proximal course of an anomalous coronary artery, but is more limited for coronary assessment compared to CCTA (13,14). However, CMR allows to evaluate cardiac structure, function, myocardial perfusion, myocardial viability, tissue characteristics (edema, hyperemia, necrosis, myocardial hemorrhage, fatty infiltration, etc.) and allows to differentiate myocardial infarction from myocarditis and various forms of cardiomyopathy. In this case, CMR confirmed myocardial infarction while excluding fulminant myocarditis and primary cardiomyopathy. LGE was consistent with ischemic damage in the left coronary artery territory. Further, the endocardial distribution of LGE is typical of ischemic disease, while myocarditis would affect the mid- or epicardial layers of the myocardium. CMR also showed MVO and IMH in the basal-lateral, and mid-anteroseptal wall. LGE size, MVO, and IMH are considered to be independent predictors of MACE (15,16), and have prognostic value. The calculated EF (59%) indicated global left ventricular function was being restored although global circumferential strain and longitudinal strain were reduced.

In conclusion, myocardial infarction is rare in children, but definitive determination of the underlying etiology is of great significance for treatment and prognosis. CCTA can non-invasively identify coronary anomalies, including the anomalous origin and course. It can also provide evaluation of myocardial injury (edema, necrosis, MVO, IMH) and has potentially prognostic value. Therefore, CCTA and CMR are complementary and should be used in particular in complex cases for the diagnosis, evaluation and prognosis in children with cardiogenic shock.

We would like to thank Professor Paul Schoenhagen at Cleveland Clinic, for his language and copyediting assistance and mentorship during the preparation of this manuscript.

Funding: This study is funded by the commonweal project of Jinhua Municipal Science and Technology Bureau (2018-4-009).

Reporting Checklist: The authors have completed the CARE reporting checklist. Available at http://dx.doi.org/10.21037/cdt-20-422

Conflicts of Interest: All authors have completed the ICMJE uniform disclosure form (available at http://dx.doi.org/10.21037/cdt-20-422). The authors have no conflicts of interest to declare.

Ethical Statement: The authors are accountable for all aspects of the work in ensuring that questions related to the accuracy or integrity of any part of the work are appropriately investigated and resolved. All procedures performed in studies involving human participants were in accordance with the ethical standards of the institutional and/or national research committee(s) and with the Helsinki Declaration (as revised in 2013). Written informed consent was obtained from the patient for publication of this study and any accompanying images.